Top Gun Ready for Take Off 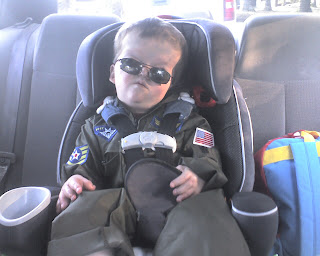 Jack's a fighter pilot this year. I did not think we could top last year's pirate but I was wrong!
Posted by Marie at Sunday, October 26, 2008 1 comment: 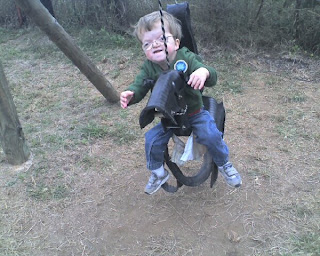 We went to the pumpkin patch with Jack's school. This was his favorite part.
Posted by Marie at Friday, October 24, 2008 No comments:

We've been busy so I have not been able to post as timely or as much as I'd like...

A few weeks ago, Jack and I helped Lisa put on a baby shower for Jack's cousin, Alicia. Lisa pretty much did all the work and let me run a few errands. I make a pretty good errand girl, I think. :)

Here's Alicia opening up the gifts for her new little guy on the way. 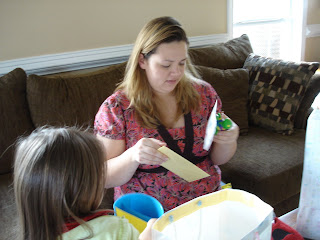 Here's just some of the yummy food Lisa made. 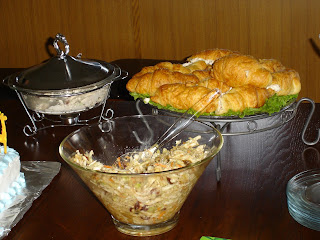 Here's the beautiful cake that Stephanie made. 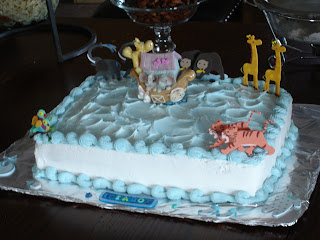 We played a few baby shower games and because Esther showed up it was an absolute blast. Notice how the baby is wearing the diaper in this picture. Esther was blindfolded when she diapered the baby but truly I'm not sure that that mattered. 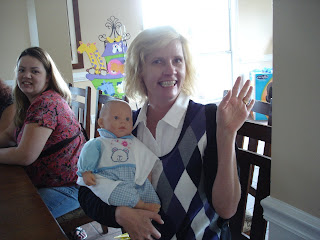 This is what Jack did during the baby shower.... 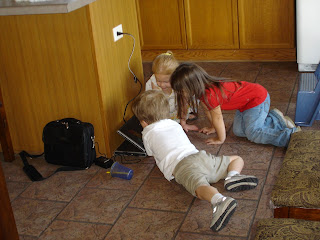 What'd you expect? He's a boy!

Here's Elise and Jack in their fall colors. Some people travel to places where the leaves change colors. Not me. I just watch the kids change their clothes. 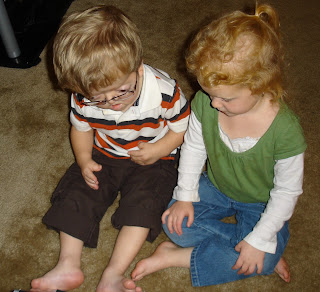 You can see their cute faces better in this one. 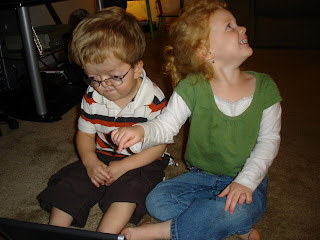 Here's Jack signing drive just before he started my car to head out to watch the game. 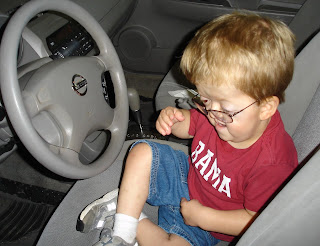 You're right I was just kidding...

Here's Jack and Elise swinging at the park. 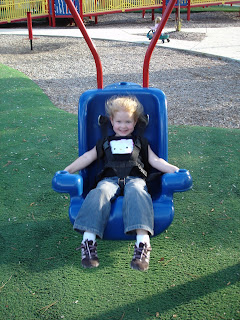 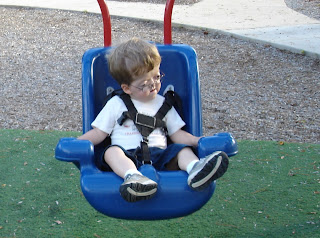 After Elise was finished swinging, she invited me on a trip. I love her imagination! She always throws me for a loop. I said, "Oh we're going on a trip! Where should we go? How about the beach?" She says, "Okay but we're going somewhere else first." We rode in the car and first it was a regular car then it was a race car and then a boat and finally a regular old car again. 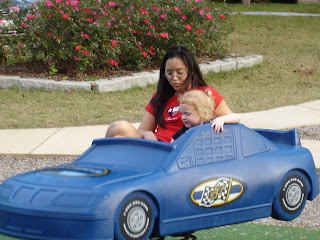 I just thought this picture was so cute. 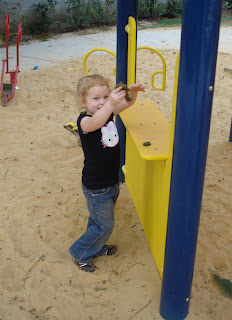 He Signs, He Talks, He's 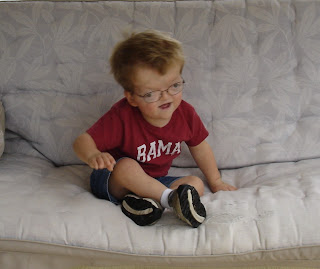 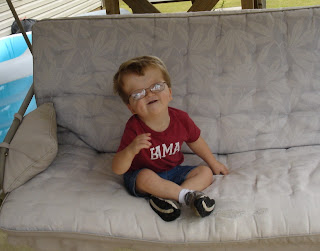 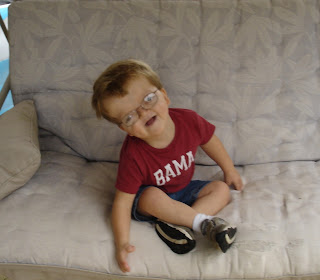 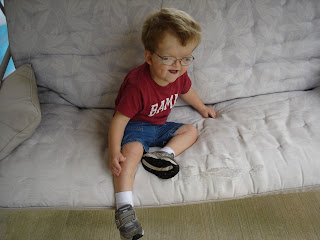 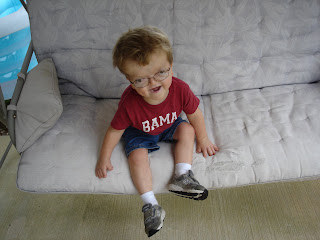 Compare these latest pictures on that same old swing to these http://allaccesspasstojack.blogspot.com/2007/09/happy-jack-family-reunion-happy-jack.html taken just 1 year and 1 month and about 9 days ago.
Posted by Marie at Saturday, October 11, 2008 2 comments: