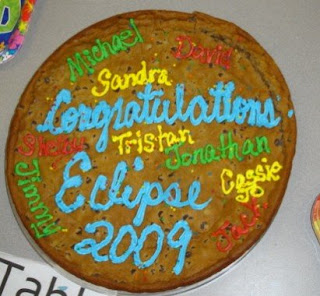 All the kids performed in the ceremony. The music teacher put together the best preschool program I have ever seen. All the children remained actively engaged because she had them sing, talk, and play musical instruments. I'll bet if the stage had been bigger, she would have had them dance too. 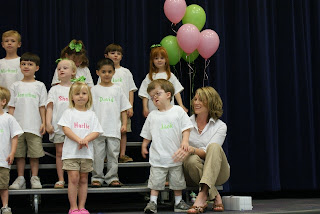 Even Jack had a speaking role. Look at all his classmates' faces as they watch him get ready to take the microphone. 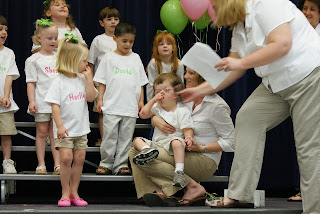 Here's a wanted poster we spotted in the school hallway. I caught the kid and boy am I having fun! 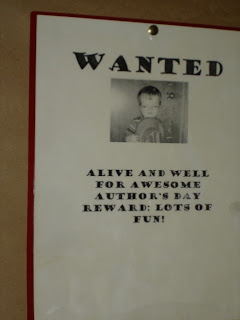 David circled the evidence! Jack spontaneously picked up a piece of chalk and drew on the sidewalk during the party. 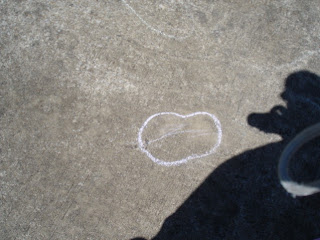 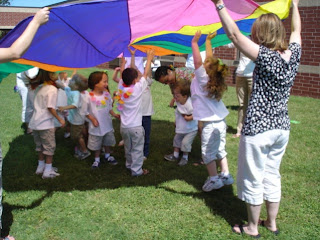 Piggyback with Daddy! See David gets in on the fun, too. 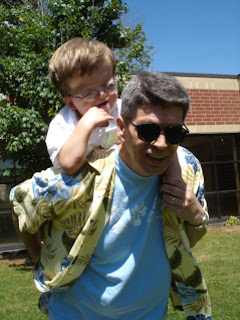 One last dance with "Nae Nae". 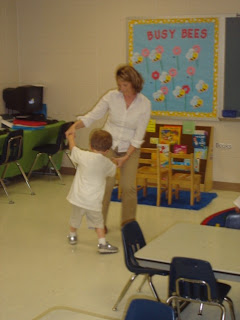 A great ending to a great graduation and party--HAMBURGERS. 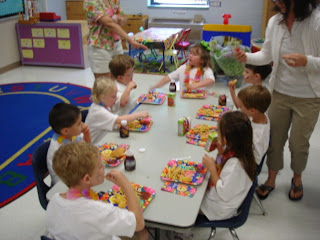