Today we got to meet Sidney. He traveled in from out of state just to visit Jack. Well, he did mention something about his uncle who lives here having a birthday but I think we all know that he really just wanted to get together with Jack. I was only able to snap a few shots of the busy boys. I am hoping to see some better pics pop up on Sidney's page since his daddy, Kyle, took a bunch of pictures, too. 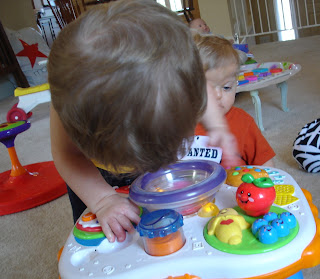 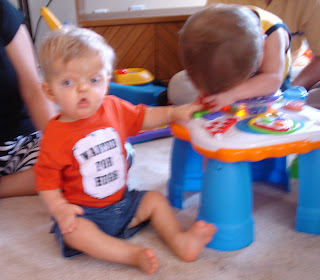 That looks fun. Let's play together. 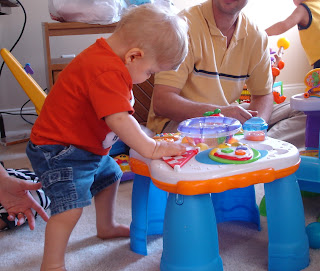 Hey, Jack made this look easy. I can do it. 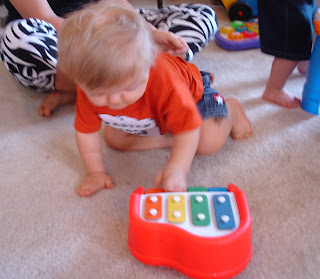 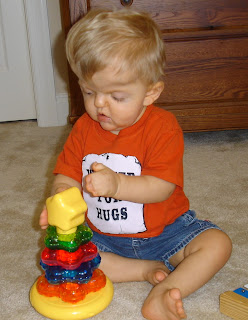 Look how great he is with his hands!!! 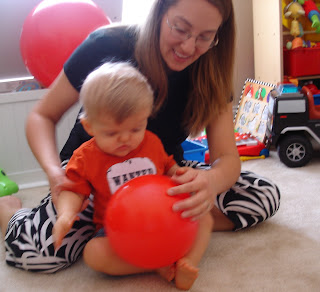 Sid and Jack rolled a ball to each other. I hope Kyle got a good shot with both of them. 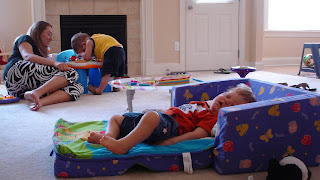 After Jack got a nap, we headed out to Isabella's 1 year old birthday party. We were late because Mommy sort of got the directions turned around but we were still able to visit for a bit. 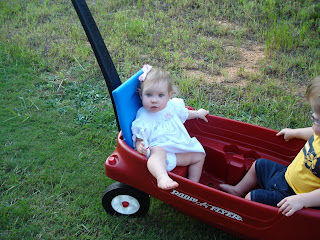 The Birthday Girl--what a cutie! Notice the toothbrush? This kid's got great oral hygiene. 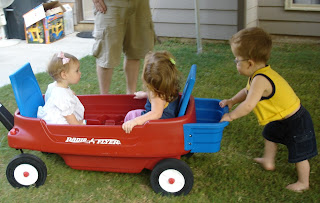 Chivalrous Jack pushed the girls in the wagon. 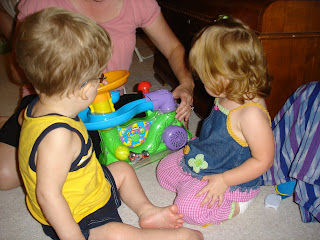 Jack made a new friend at the party. She's a big three year old but she was very nice to Jack and played with him.

Marie, I love all the pics. Jack is getting so big. Where is the other family from?