David titled today's post. Hey, why does it look like I'm wearing the hospital gown and Jack is just visiting? 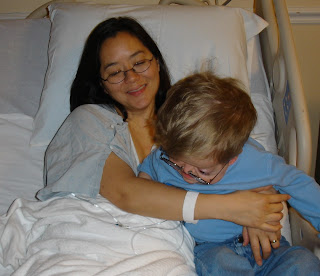 Because he was just visiting before they took me off to surgery. Appendicitis and appendectomy, anyone? I had surgery yesterday and the docs let me out yesterday evening since David reminded them that I have my own nurse available to me at home. It's been a lot more painful than I expected. Dr. Scofield and Dr. Woods (who were fabulous) told me that it would hurt less than my c-section so I said, "Oh great, then I should be out and about right after surgery." I really don't remember hurting this much after my c-section. I was walking a couple of blocks several times a day within 24 hours. Guess it makes a difference when you have external motivation like your baby being in the NICU.

My great friend Edie sat with me at the ER so David could take Jack home and be with him. We were really hoping that the CT scan would show us that it was not appendicitis but we did not have that kind of luck. Edie actually had to stay alot longer than expected because I had to drink some contrast and wait two hours before I could have my CT. I had to make her go home to her family after we got a diagnosis. I tried to convince the ER doctor to let me go home too since surgery wasn't planned until the morning but they wanted to put me on IV antibiotics overnight. I tried to tell her that Jack does not remember ever spending the night away from me but she just said, "Well, he's overdue." She did say it nicely, though.

Jack has been a trooper. He is trying to be gentle (Daddy is helping him ALOT with being gentle). He got upset when he first walked into my room at the hospital but we reminded him that it was not his room and he did not have to stay but that Mommy had to stay until the doctors took care of her owie. That was enough explanation because he just wandered around and entertained himself after that. The nurses were thrilled to see him signing.

These next few pictures have nothing to do with anything. They're just cute old pictures that I thought you might enjoy. 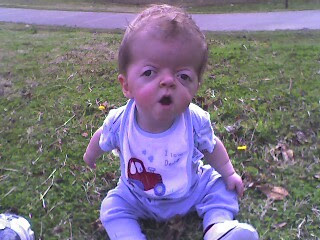 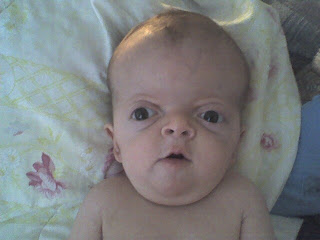 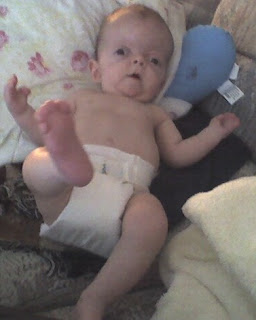