Behind on Posts and Pictures 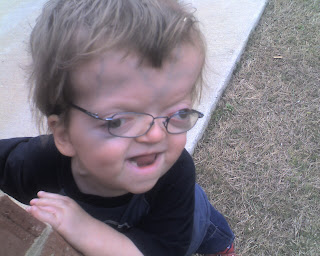 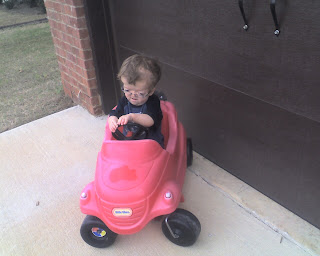 I am speed! Nothing can slow me down. Just take it nice and steady! 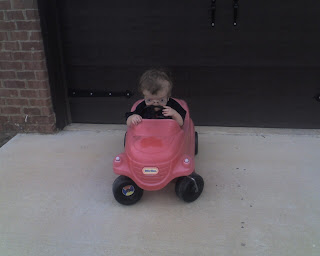 I'm tired but I gotta have my fish sticks! 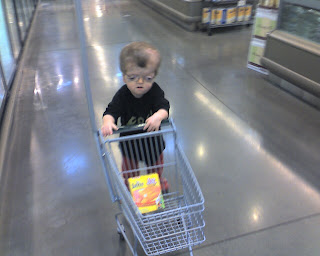 Fun at the park! 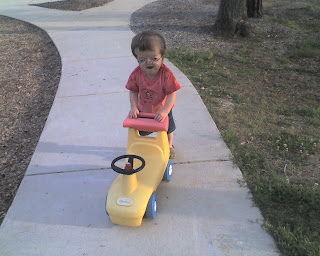 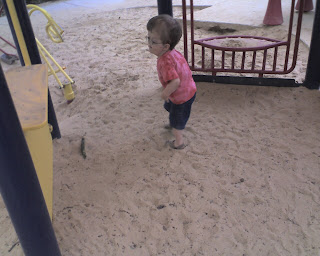 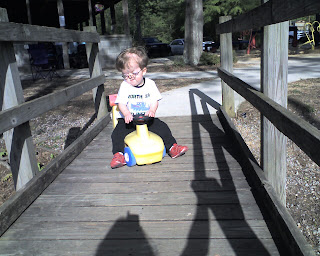 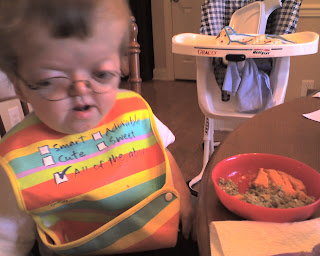 This is super cool that Jack stuck his hand in this bowl and ate off his hand. He is "funny" about textures and he used to just wipe stuff like this off his hand without putting it in his mouth. So I'm walking that fine line--how do I encourage him to get over his sensitivites but also teach him table manners? I just did not want to stop him. 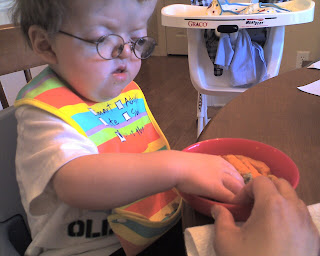 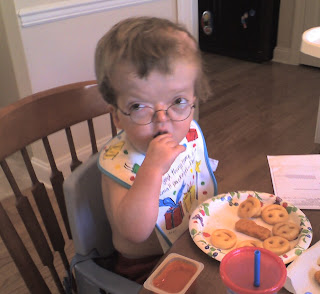 Watch this video--Jack is taking bites off a chicken finger. This is new stuff and in the video he says eat and bite. I initially incorrectly interpreted bite until I realized that I was saying bite bite each time he put the chicken finger to his mouth. He was imitating me!!! I am one happy Mommy tonight!

So, at some point they actually eat things in their hands instead of just smashing and spreading ?

It happens but Jack did a lot of smash and spread before this happened.