What better time to reflect than New Year's Day?

We have had an awesome year. Jack only had one minor outpatient surgery combined with a couple of minor procedures, we made only one trip to Dallas and we have not been to the Children's ER at all this year. All those things are amazing and I want to thank those of you who prayed for us in each of those things.

Truly though, all of that seems to be icing on the cake. So, what's the cake?

I know, I know. Each of those things is about Jack.

This may sound really strange but I feel so much closer to Jack now than I have in his other four and a half years of life.

The day Jack was born I got to meet the little guy that it seems I spent my whole life praying for. 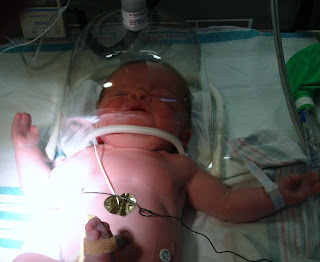 BUT...I am a nurse and a former physical rehabilitation nurse at that. Because of that and my personality and predispositions, I viewed Jack from a medical model. The diagnosis was Apert syndrome. 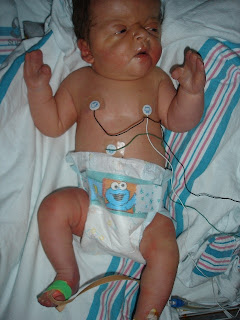 I don't remember ever hearing of it until he was born. The night Jack was born, David researched Apert syndrome. He returned to the hospital with loads of information for me and the hospital staff. Within days of my discharge, I joined the Apert.org listserve and began gathering information.

My son had Apert syndrome. I was determined to learn everything I could so that we could be prepared to fix everything that we needed to fix.

We began physical therapy when he was only a few months old. We added occupational therapy and speech therapy as he got older. I watched the therapists work with Jack and I tried to do what they did at home. I constantly pushed for Jack to do more and more and more. He's a smart, resilient little boy and I knew he could do more. 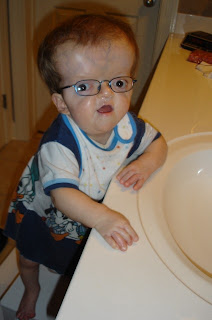 I did not understand why he was not talking yet and why he began resisting any efforts at directed play. 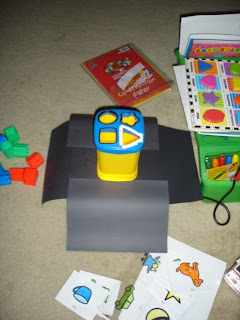 Back in November of last year, I realized that my focus was not where it should be. Then, in the early part of this year, I had a breakthrough. I realized that Jack already had therapists and teachers and if we lost a therapist or teacher we could get a new one. There was one thing that I could do that noone else could. No one else could be this little guy's Mama. 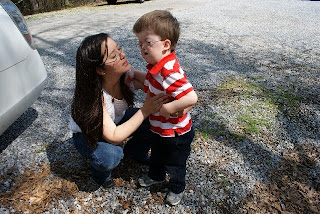 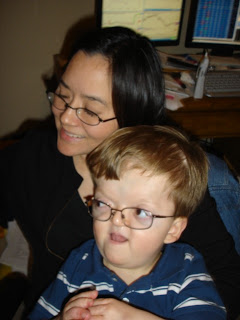 So I took what I thought was a big step backward. I fought any urges that I had to do therapy at home. We simply went about our daily lives which included lots of play. Instead of directing Jack's play, I let Jack take the lead. I followed him and watched to see what interested him. 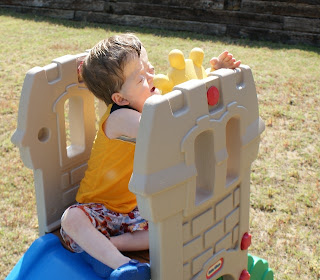 I imitated him. I physically got down on the floor and played the way he did. I quit pushing for more and tried to enjoy each moment for whatever interaction we had. 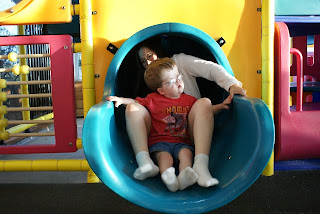 We grew closer. I understood him more and more. We truly enjoyed playing together. Rather than playing alone or just watching a video, he sought me out for more interaction. 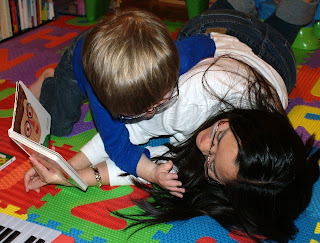 As the year progressed, so has Jack's development. He attempts more and more speech and he is speaking much more clearly. His balance and coordination have improved. He is becoming more independent in all areas. He engages other people more and more. You can tell being around him that he is more confident than ever. 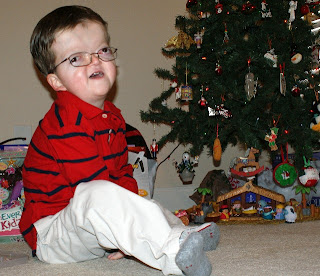 I firmly believe that taking the pressure off has been the best thing I've ever done as Jack's mom. I switched from the medical approach of fixing him to the mothering approach of loving him just exactly the way he is. 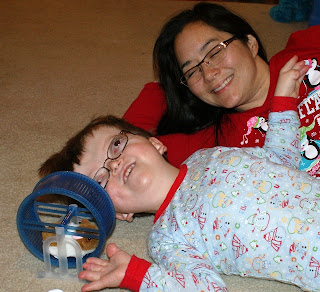 That's my cake. It's the best cake I've ever tasted and so each week, I've been sharing the recipe with you through the Life Is Therapy series. There is nothing more rewarding than truly enjoying exactly where a little person is while helping them to do just a little more.

Success breeds success. This year, I wish you much success and joy as you and your little (and big ones too) grow together. 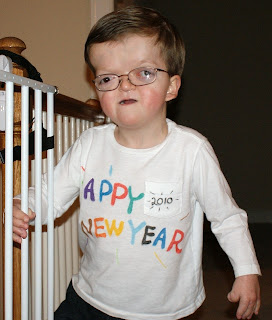 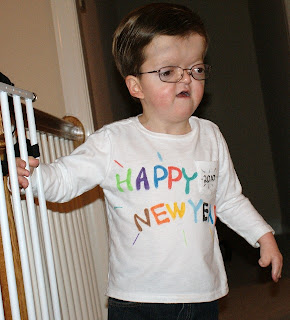 Happy New Year! I have a feeling this one's gonna be a blur of activity.... 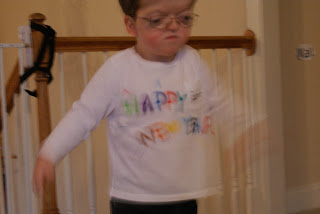 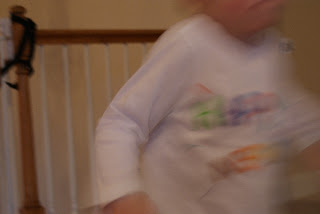 Of course, don't forget to check out this week's installment of Life is Therapy.

Yes, it's gonna be a blurr alright, lol! What a great post...especially for those of us relatively new to your blog.

Jack brings a smile to my face each and every day when I visit.

Yes, it's gonna be a blurr alright, lol! What a great post...especially for those of us relatively new to your blog.

Jack brings a smile to my face each and every day when I visit.

This is so perfect for today, thank you!!

Wow - that's awesome!! I love breakthroughs like that - they change everything!

happy new year to you! and may 2010 bring a lot more breakthroughs :)

What a great post! I'm glad that Jack is doing so well. He is such a sweet little boy, and He's lucky to have such a caring momma. :)

Just wanted to say Thanks! It is such a relieving feeling to know i am not alone in this. Jack seems to be such an amazing little guy. I hope we get to meet one day, &(hopefully, surgery free too).