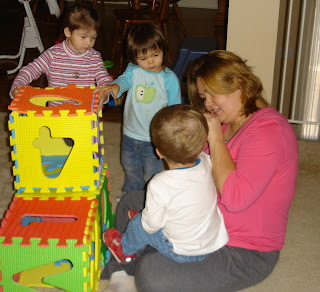 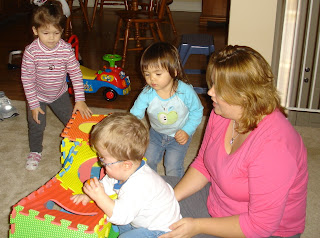 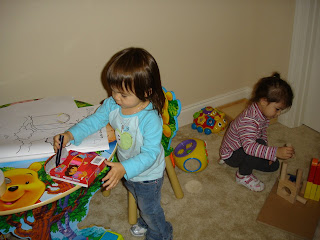 The girls enjoyed playing in Jack's playroom and showed him what to do with his crayons and his building blocks. 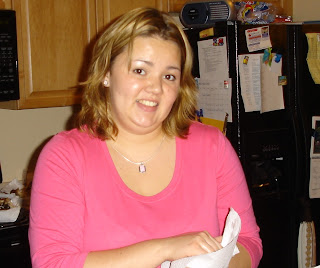 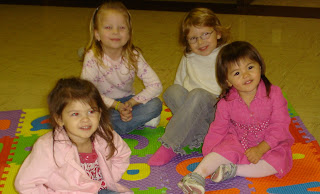 On Thanksgiving, we could only get the little girls to hold still for a group shot. Jack does have boy cousins but they just don't ever seem to stay in one place. 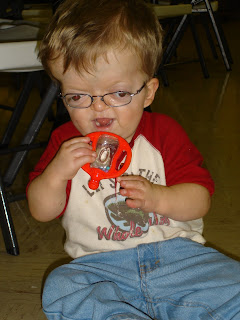 Jack is getting some teeth so his new FAVORITE thing is this teether that is chewy but also shake shake shakes. 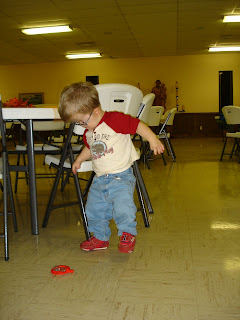 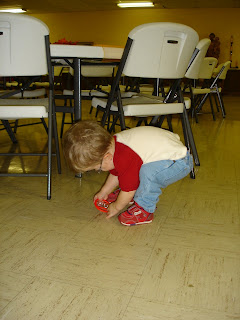 Well, I'll just pick it up. 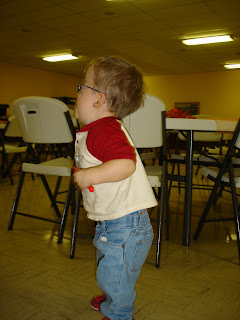 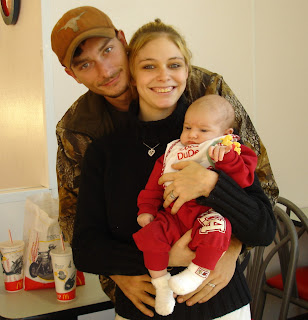 On Friday, we met up with Jack's newest second cousin, Caleb, and oh yeah, Caleb's Mommy (Jack's cousin Anastasia) and Daddy were there too. Jack loved little Caleb and wanted to rub his head. He got so excited when I was holding Caleb. He did not show one little bit of jealousy. 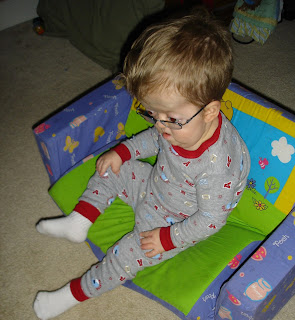 After the game Saturday, we were a little bummed. 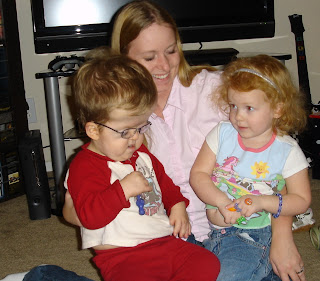 Sunday was Elise's birthday so we went for a little visit.

What a great holiday!