Shortly after we arrived in Dallas, we heard that the Wares were on their way to see us! It was great to see Kayla and Amy again and to meet Dustin, Caleb, and Katie. (I hope I spelled all your names, right.) Kayla is doing fabulously. She walks all over the place, we heard her talking a little and it was super cool to see the way she hangs out with her older brother and sister. Kayla, like Jack, loves the outdoors and Caleb was VERY B-O-R-E-D hanging out in the room talking so we headed to the playcourt.
Here's Kayla all pretty in pink. 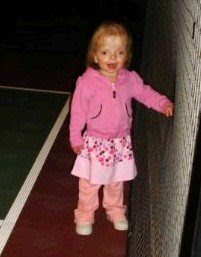 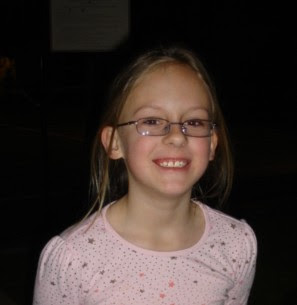 Big Brother Caleb...it was hard to get a good shot of Caleb. He was playing basketball and tennis (and dodge ball with his dad) and working out his boredom.... 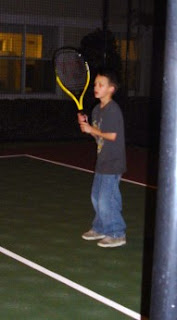 I have no excuse for not having a picture of the whole family. Y'all are a good looking bunch! Send me a family pic and I'll post it here!
Tuesday before our final appointment of the trip with Dr. Fearon, we headed up to Medical City a little early to see our old friend Baby Wade. Wade and Jack are not little guys anymore! We hope Wade gets good news from his MRI too. 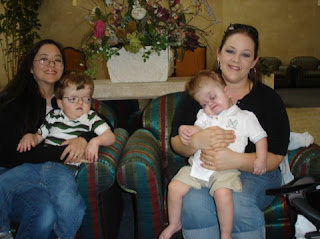 We still had a little time before our appointment so Jack enjoyed watching the train...... 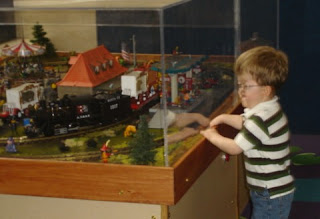 And playing in the play areas at Medical City. 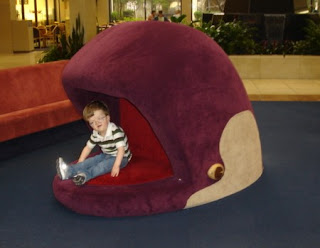 Dr. Fearon had already told us that we did not have to come back for 18 months so Jack was ready to go and take a nap. He was tired! 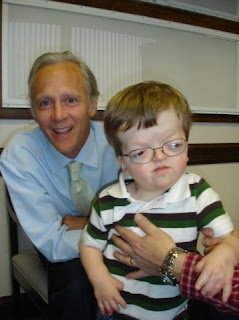 Look at that look on his face! It's like he's saying, "I know she'll come after me. The good ones always do!" Bye, Cindy, we'll see you next year! 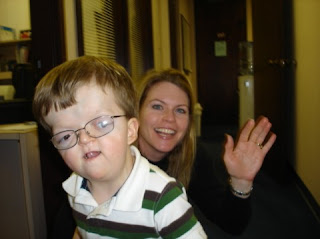 Shortly after we got back to the hotel, we met up with Aiden and his family. Notice I was holding Jack back. He wanted to give Baby Aiden a big ol' hug but Baby Aiden wasn't so sure about that. 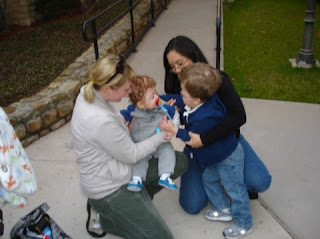 We hope to hear soon that Aiden's sleep study and operation all turned out great!
It was great to see everybody but we were all overjoyed about the prospect of spending 18 months out of Dallas. Jack has never done that his whole life! 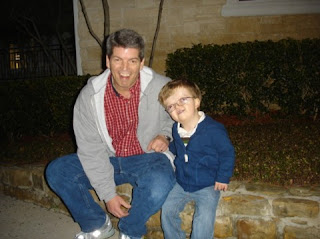 Finally! Back home and enjoying that laughing baby http://www.youtube.com/watch?v=5P6UU6m3cqk on the internet. 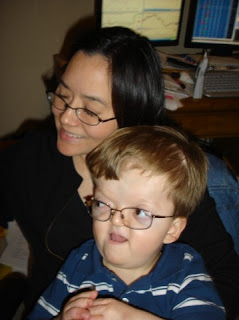