I don't know why I didn't do a post of Jack ignoring his Easter basket last year. I'm sure he did....just like 2010 and 2009. Anywho...this year I thought that I might have found the ultimate "hook". I found this big tractor trailer truck complete with two construction vehicles on sale at Publix after Christmas. It was only $5! It would not fit in a basket but that's okay. Who needs a basket when you have three new trucks?!!? I also bought a couple of "Cars" spinning tops and a yoyo ball that always comes back. 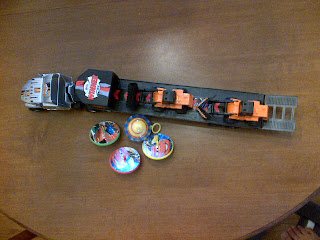 Here's the little cutie waking up and staying in bed when I said, "Do you want to go see what you got for Easter?" He actually laid back down and said, "Mama lie down you. Stay bed." [Mama lie down with me. Let's stay in bed.] 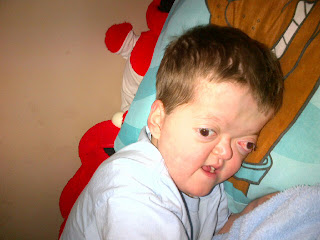 We finally coaxed him out of bed. Oh yeah, this was my first year having help to create Easter basket interest. This was the first Easter that David did not have to go to work. It is really hard to get the interest going and take pictures. As you can see, he sort of begrudgingly took a look at our Easter offerings.... 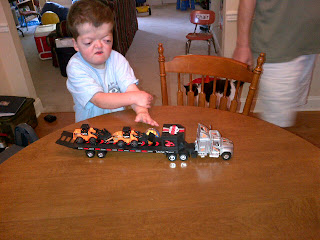 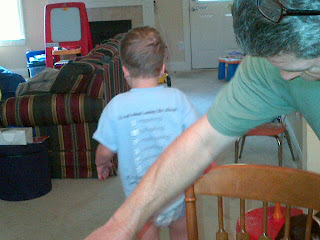 "Wait!" said Dave. "It's spinning!" At this announcement, Jack spun around 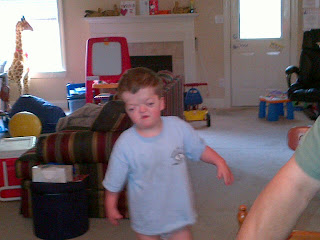 and watched with much interest 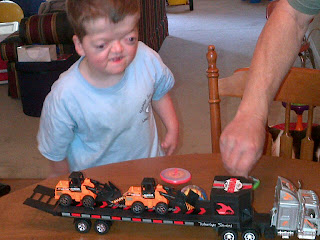 until the tops stopped spinning and then he plopped down on the couch to watch a little YouTube. 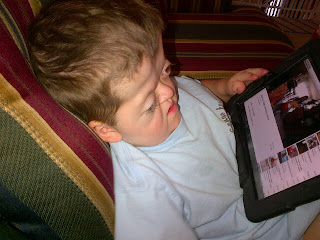 "Awwww..." you say, "Did he enjoy anything maybe later in the day?" Why yes he did....his breakfast (his nearly daily waffles and sausage) 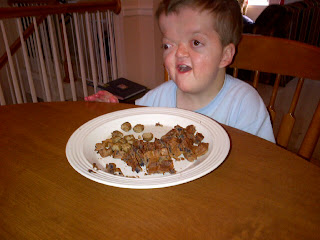 and hanging with his favorite peeps. 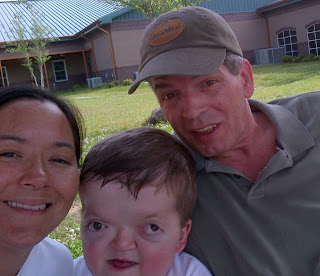 We took him out bike riding which turned into bike riding, running around, and general happiness.