Another bonus to being home Christmas Day! Jack's big brother, Patrick, his sister-in-law, Holly, and his niece, Elise, came by for a visit. 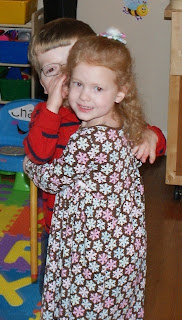 I was fascinated by the very girly and cute cotton dress that, as we found out later, was also very stain and water resistant.

We had already done some of our present exchanging at the whole family get together the week before but we saved a few items for opening on Christmas Day. As you can see, Jack just loves this part of Christmas gatherings. 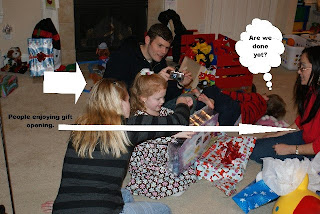 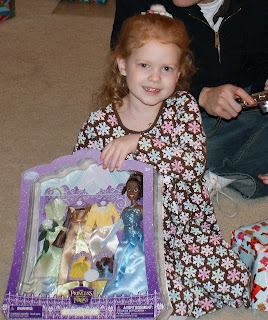 and her new Princess Tiana book. 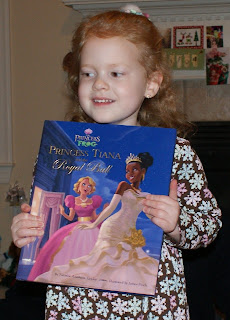 Patrick was thrilled to be the first to give his little brother a remote control vehicle. Jack loved the squishy new car with the big wheels. 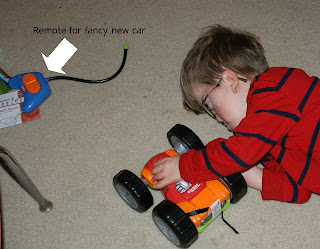 Then, Elise proved that it's not just Jack. The newly renovated play area is just too attractive for any kiddo (even a kiddo with brand new toys) to resist. 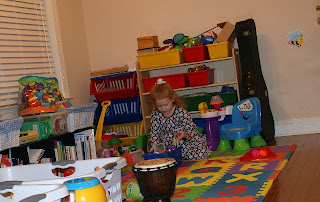 In fact, Elise's favorite thing was the bucket of miscellaneous freebie toys. 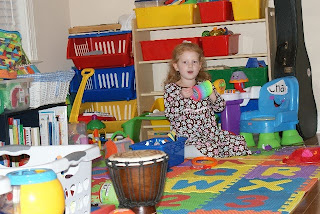 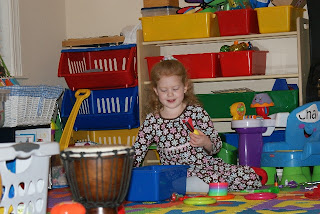 and prompted her mother to ask if she planned to put her mouth on everything in the bin. 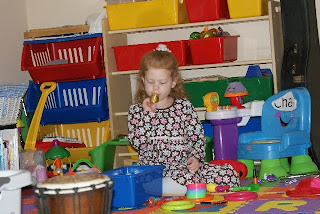 Of course not, Mommy! 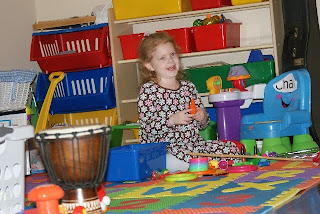 But, wait! Where was Jack while all this playing was going down? 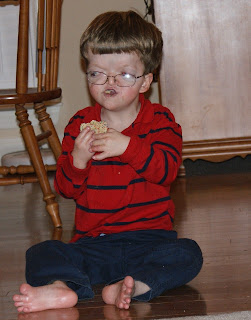 *Keep your eyes peeled for the new t-shirt Jack got from his cousin. I'll have to get a picture of him wearing it soon. It's too cute!

Don't forget to check out the latest installment of Life is Therapy.
Posted by Marie at Thursday, December 31, 2009

Jack looks like he is whispering a wonderful secret in Elise's ear. That would make a cute Christmas card!

Looks like a LOT of fun. The play area looks appealing to me too :)

Ooh I love the play area too!! The kids look so sweet together.