Jack's was invited to Brock's 6th birthday party. This year, Brock went with a Teenage Mutant Ninja Turtles Theme. It was a lot of fun and required less dressing up than last year's Halloween costume theme. 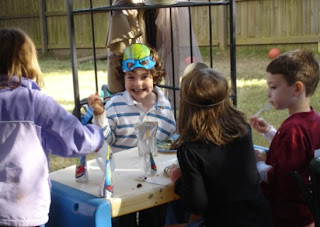 When we arrived, we were greeted by the smiling faces of Jack's little and big friends. 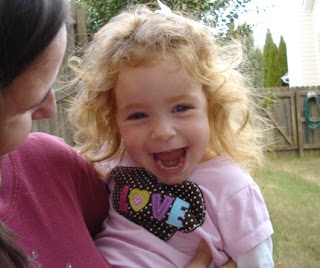 Jack is becoming more interactive with other people everyday. He still interacts with Mama and Daddy more than anybody. His teachers at school tell us that he is very interactive with them and showing more interest in interacting with his classmates as well. Jack has always loved being around other children but he has been at the parallel playing stage for quite a while. He is coming out of it slowly. Birthday parties are fun for Jack because it means lots of kids will be there. However, he still likes to do things a bit differently. At Brock's party, he kind of hung around the periphery and enjoyed the swing ALOT. 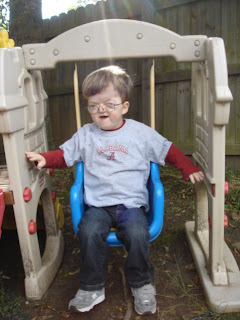 Getting too big for the swing but still so cute!

There was a time when I foolishly allowed Jack's playing on the periphery to seriously bother me. I wanted so badly for him to hang out with the other kids and do the things that they did and to participate in all the games. I was frustrated and I did not know how to make the interactions happen AND I was frustrating Jack. Luckily, one of Jack's speech therapists introduced me to the work of Dr. James MacDonald and I read more about his way of increasing communication with children. He taught me to join Jack in his world and interact with him there before expecting him to leap into the world of others. It's really helped me to relax and enjoy our time together more and realize that each child develops each skill at his own pace. The more I relax, the more fun we have together, and the more Jack opens up to everyone around him. Sounds simple but it takes a surprising amount of effort to get started.

Brock handed out some very cool Teenage Mutant Ninja Turtle Masks. Jack did not want to wear one and he did not want me to wear one either (thanks, Jack!). Most of the kids wore them for a bit but nobody wore the mask longer or better than Miss Sophie. 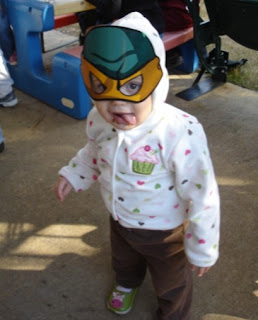 Who was that masked cutie pie?


Since Jack has been able to eat cake again, I've tried several times to offer him cake but he just was not interested. But remember, he LOVES pie. At Brock's party, I asked him if he wanted pie. Of course, he said, "Pie, please." I said, "Well they don't have pie but try this cake, it's like pie but it's cake." It worked! He loved it. 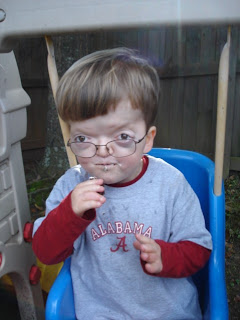 
I just liked this shot of Jack looking out the window. He looked out the window for a few minutes while Brock was opening presents. 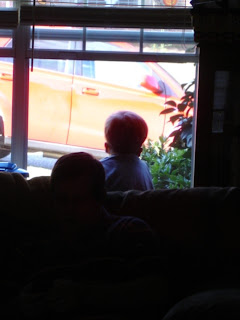 
Shortly after this, Jack was done (that's code for needed a nap and was overloaded with sugar) so we got Brock to open our gift and said some hasty goodbyes.

To see more posts like this one click on Wordless Wednesday, Wordful Wednesday, and Special Exposure Wednesday.

Sounds like a fun party. Great that he ate cake again!

Marie I LOVE the photo of Jack eating cake. Something about the look on his face... I know that content cake eating feeling :) And he looks SOOOOO handsome in his Bama fan gear. Gotta love our boys in their team colors (my son has so many Bama tshirts it's just not even funny).

I hope that you have a wonderful week!

Great photos! Looks like fun was had by all!!

What awesome pics! Jack is so adorable!

Jack is such a precious little lamb of God. :) Is there a book you have come across that you feel is really good regarding Apert syndrome? I hope you and your family have a beautiful day in God's grace.

For His glory,
Brook

It looks like y'all had so much fun! I love parties! Jack made that cake look like it tasted heavenly! Now I want some cake!

I'm glad Jack had such a great time!