This morning Jack, Lisa, Joy, and I braved what could have been frosty wintry weather and headed out to support the runners, walkers, and the run-walk-runners doing the relays, the 1/2 marathon and the marathon. The rest of our crew was either sick or taking care of the sick. We hope all of you feel better soon!
The weather was awesome. The sun was shining in a bright blue sky and it was cozy warm in the sunshine if you were bundled up in sweatshirts or long sleeve shirts with jackets like we we were. We were in a great spot. Jack's school set up their water tables to be right before the last mile of the whole thing for both the 1/2 and full marathon so when people made it to us they knew they were almost to the end. Many people did not realize how close they were until we shouted it out to them and quite a few put a new spring in their step as they realized the end was so near! It was really great to see all those people running, walking, huffing, puffing, and sweating away for such good causes as Jack's school, our local children's hospital, and a medical transportation service for low income children. Joy, Lisa, and I took turns handing out water, cheering everybody on, and walking with Jack.
Here's a shot of Lisa cheering on some runners as they went by. 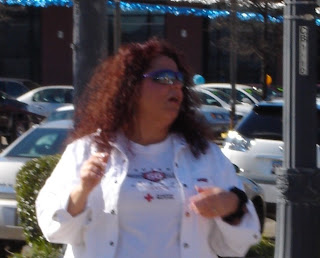 Jack let Joy stroll him around for a few minutes. 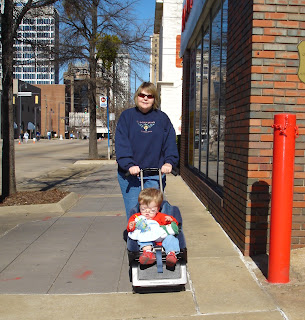 He spent most of the three hours pushing his stroller. I even put his bag in the stroller to weigh it down a bit but Jack was a bundle of energy. 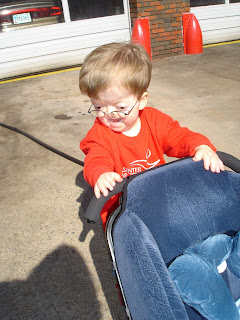 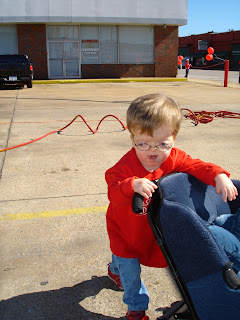 We decided that next year Jack should do the 1/2 marathon. We will need Steve to get well to escort Jack through the 1/2 and keep him headed on the right path. Who wouldn't donate to that team? 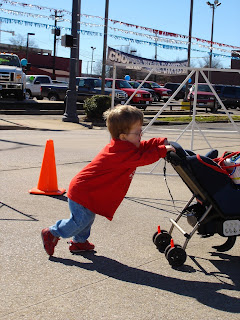 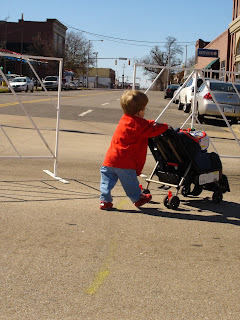 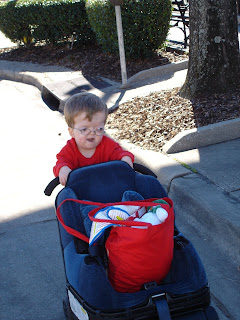 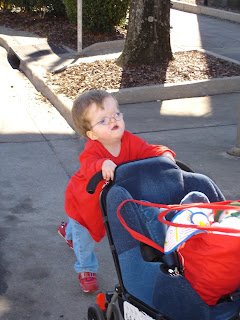 Jack was such a great little race supporter and we were hungry and tired afterward so we headed to McDonald's for hamburgers. 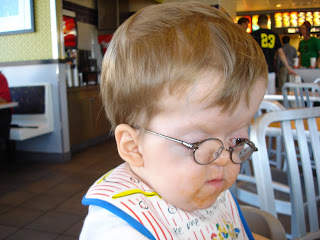 I seem to have come down with a bit of a cough so please keep me in your prayers. I truly don't have time to be sick!!!
Posted by Marie at Sunday, February 10, 2008